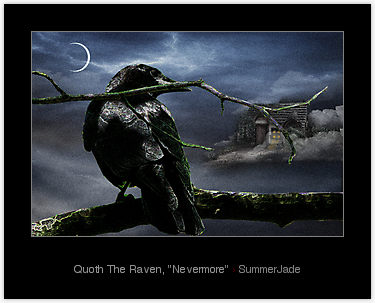 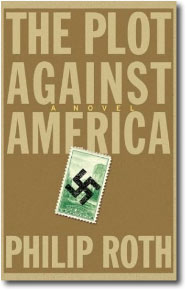 "The Plot Against America"

"Never Before - the great refrain of 1942."
In the spring of 1942, to celebrate the success of the Iceland Understanding, a state dinner was given at the White House by president and Mrs Lindbergh to honor Foreign Minister Joachim von Ribbentrop, who was known to have touted Lindbergh to his Nazi colleagues as Germany's ideal American presidential candidate long before the Republican Party drafted Lindbergh at the 1940 convention. Von Ribbentrop was the negotiator seated at Hitler's side throughout the Iceland meetings and the first Nazi leader to be invited to America by 'any' government official or agency since the fascists had come to power nearly ten years before. No sooner was the announcement of the von Ribbentrop dinner made public than strong criticism was voiced by the liberal press, and rallies and demonstrations were staged all across the country protesting the White House decision. For the first time since he left office, former President Roosevelt emerged from seclusion to make a brief nation-wide address from Hyde Park urging President Lindbergh to rescind the invitation 'for the sake of all freedom-loving Americans, and particularly the tens of millions of Americans of European stock whose ancestral countries must live beneath the Nazi' crushing yoke."

Alternate history, is the exercise of looking at the past and asking "what if?" What if some major historical event had gone differently? How might the world have been changed? Ultimately, alternate history is the road not taken. Philip Roth's novel, The Plot Against America, is based on the premise that in the 1940 US presidential election, last minute Republican candidate Charles Lindbergh defeats Franklin Delano Roosevelt. Imagine!! Roth, the author, has imagined, and his result is both brilliant and mind boggling - an extraordinary, bone chilling story, beautifully written. This is, at least partially, an autobiographical novel. The subject is fear - fear and anxiety so sharp the reader can smell it, almost taste it - a boy's fear, and that of the Roth family's of Newark, NJ, their neighbors' and community's. It is also a love story. I have rarely read fiction where the writer pours so much love onto the page - especially for his parents and brother. Herman Roth, Philip's father, is the book's hero, and Bess, his mother shines as the ultimate Jewish heroine - "whose worth is far above rubies."


"Fear presides over these memories, a perpetual fear. Of course, no childhood is without its terrors, yet I wonder if I would have been a less frightened boy if Lindbergh hadn't been president or if I hadn't been the offspring of Jews." Thus the book begins, in the words of the now adult Philip, reminiscing about himself as a seven year-old boy. Our narrator for this tale, however, is young Philip, and a very effective guide he is. His voice is authentic and honest and lends much reality to this alternate fiction. It is not very difficult to remember one's childhood fears, and other emotions. But we examine these feelings in retrospect, colored by the years we have lived since that time. The true genius of this narrative lies in the immediacy with which Roth expresses these long-ago feelings. It is as if he has regressed and tapped into the true emotions of his boyhood self.

The Great Depression devastated the American economy in the 1930s. It also gave birth to extreme political movements. Fascism never really caught on in the US, but it did have a following, and anti-Semitism was rampant. Henry Ford and Charles Lindbergh were influential voices to the far right, and were extreme isolationists in their views on the European war, better known as the German invasion of Europe. Both received and accepted medals from the Third Reich. In this 1940 election, the one that never happened, Roosevelt runs a campaign based on complex policies, foreign and domestic. Lindbergh, a national hero, handsome and athletic, flies around the USA in his Spirit of St. Louis, promising to keep America out of Europe's war. He greets cheering crowds with the words, "Your choice is simple. It's between Lindbergh and war. To preserve the nation, we must resist the propaganda of 'the Jewish race,' and their large ownership and influence in our motion pictures, our press, our radio, and our government." In a momentous victory, Lindbergh becomes the 33rd President of the United States, with isolationist Montana Senator Burton K. Wheeler as his vice president, and Henry Ford as Secretary of the Interior.

To the Roths, who are second and third generation Americans, this country has always provided a set of constitutional protections which allow them to live, as Jews, in Jewish neighborhoods or anywhere else, should they so wish, without the fear of the violence so prevalent in Europe. They had been relieved from the burden of obvious prejudice when their parents immigrated to the US, never more to be looked upon as outsiders. Herman and Bess Roth are startled by Lindbergh's victory. Herman comments when hearing the jubilant, cheering crowd, "They live in a dream, and we live in a nightmare."


The characters throughout the novel are lifelike, superbly constructed and three-dimensional - but then I have a feeling that such consistently powerful figures must be largely autobiographical. And the historical figures are absolutely believable. As a matter of fact, Roth has placed a detailed reference at the back of the book, "A True Chronology of the Major Figures," from Roosevelt, Lindbergh, Walter Winchell, (who becomes a presidential candidate), and Henry Ford to Joseph Goebbels and Joachim von Ribbentrop, (who is given a state dinner at the White House). Additional documentation is included in this reference also.

Mr. Roth succeeds with his vision of an alternate pre-WW II history. This is an extremely difficult genre in which to write a believable narrative. Historical accuracy is necessary, in terms of what has occurred before the author's point of divergence. The historical projection must make complete sense. The devil is in the details - and the details are where the real difficulty lies. The writer has to be part economist, sociologist, historian, military strategist, political scientist, etc.. Most readers are certainly capable of suspending belief, but asking them to stretch their imagination too far is a formula for disaster. Roth's novel is a coherent blend of autobiography, history, and speculation which makes sense of fiction.
The plot is fascinating, fast paced and riveting. The writing is fluid. The author's vivid descriptions bring sights, smells, entire neighborhoods and events to life, and make a variety of intense feelings palpable. I could not put this book down. The use of irony and dark humor are fantastic. I don't remember whether I laughed more than I cried. I believe that Philip Roth confronts the possibility of an anti-Semitic, fascist America from an American point of view, rather than from a Jewish perspective. For Herman Roth, Jewishness is, "neither a mishap or a misfortune or an achievement to be 'proud' of." It is rather "in the nature of things, as fundamental as having arteries and veins." He insists on a place in this country, his country, as an American, no matter what "the nature of things" might be. This is what Herman Roth believes and this is what makes The Plot Against America an American novel. I give this one my highest recommendation!

1957: Roth's story "You Can't Tell a Man by the Song He Sings" is published in Commentary.


1958: Roth's stories "The Conversion of the Jews" and "Epstein" are published in The Paris Review. Houghton Mifflin awards Roth the Houghton Mifflin Literary Fellowship to publish the novella and five stories in one volume.


1959: Roth's story "Defender of the Faith" is published in The New Yorker. Goodbye, Columbus is published in May. Roth receives Guggenheim fellowship and award from the American Academy of Arts and Letters.


1969: Portnoy's Complaint published in February. Within weeks it becomes the number-one fiction best-seller and a widely discussed cultural phenomenon.


1970: Roth is elected to National Institute of Arts and Letters and is its youngest member.


1971: Excerpts of Our Gang, a satire of the Nixon administration, appear in New York Review of Books and Modern Occasions; the book is published in the fall.


1972: The Breast, the first book of three featuring protagonist David Kepesh, is published.


1973: The Great American Novel is published.


1975:Reading Myself and Others is published.


1977: The Professor of Desire, the second book of Kepesh trilogy, is published.


1979: The Ghost Writer, first novel featuring novelist Nathan Zuckerman as protagonist, is published in its entirety in The New Yorker, then in book form.


1997: American Pastoral, first book of the "American trilogy," is published and wins Pulitzer Prize for fiction.


1998: I Married a Communist, the second book of the trilogy, is published and wins Ambassador Book Award of the English-Speaking Union. In November Roth receives National Medal of Arts at the White House.


2000: Publishes The Human Stain, final book of American trilogy, which wins PEN/Faulkner Award in U.S., the W. H. Smith Award for Best Book of the Year in the U.K., and the Prix Medicis for the best foreign book of the year in France.


2001: The Dying Animal, final book of the Kepesh trilogy, and Shop Talk, a collection of interviews with and essays on Primo Levi, Aharon Appelfeld, I. B. Singer, Edna O'Brien, Milan Kundera, Ivan Klíma, Philip Guston, Bernard Malamud, and Saul Bellow, and an exchange with Mary McCarthy, are published. Roth receives highest award of the American Academy of Arts and Letters, the Gold Medal in fiction, given every six years "for the entire work of the recipient," previously awarded to Willa Cather, Edith Wharton, John Dos Passos, William Faulkner, Saul Bellow, and Isaac Bashevis Singer, among others.


2004: The Plot Against America, which becomes a bestseller and wins the W.H. Smith Award for best book of the year in the U.K, is published.


2006: Everyman is published. Roth becomes the fourth recipient of the PEN's highest writing honor, the PEN/Nabokov Award. The third volume in the Library of America Philip Roth edition, Philip Roth: Novels 1973-1977, is published.


2007: Roth is awarded the PEN/Faulkner Award for Everyman. Exit Ghost is published. The fourth volume in the Library of America Philip Roth edition, Philip Roth: Zuckerman Bound: A Trilogy & Epilogue 1979-1985, is published. 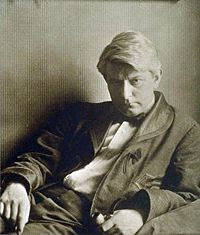